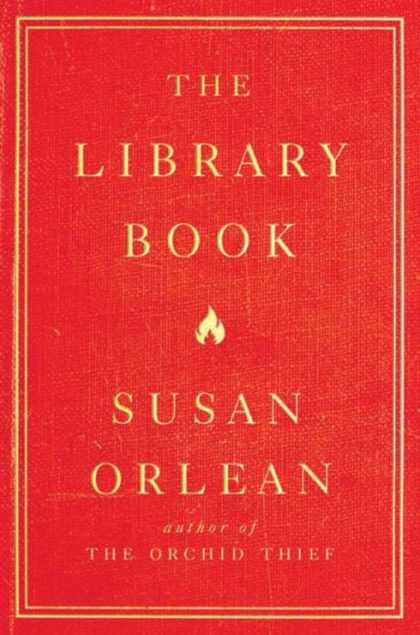 This is the book we have selected for December 13th (joint Nov. & Dec. meeting).   All are welcome to join the group.  Meetings are in person and by Zoom.   Let me know if you would like to be added to the list to get notifications and link to the meetings.   Chrismonroe@comcast.net

The Library Book by Susan Orlean

On the morning of April 29, 1986, a fire alarm sounded in the Los Angeles Public Library. As the moments passed, the patrons and staff who had cleared out of the building realized this was not the usual false alarm. As one fireman recounted later, “Once that first stack got going, it was good-bye, Charlie.” The fire was disastrous: It reached 2,000 degrees and burned for more than seven hours. By the time it was extinguished, it had consumed 400,000 books and damaged 700,000 more. Investigators descended on the scene, but more than 30 years later, the mystery remains: Did someone purposefully set fire to the library – and if so, who?

Weaving her lifelong love of books and reading with the fascinating history of libraries and the sometimes eccentric characters who run them, award-winning journalist and New York Times best-selling author Susan Orlean presents a mesmerizing and uniquely compelling story as only she can. With her signature wit, insight, compassion, and talent for deep research, she investigates the legendary Los Angeles Public Library fire to showcase the larger, crucial role that libraries play in our lives.