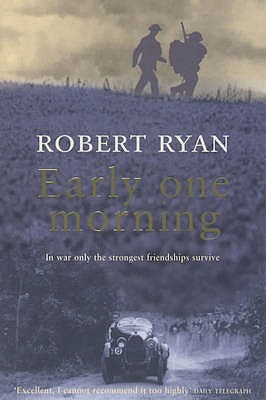 Here is the book we have selected for January:

“Early One Morning” (Morning, Noon and Night #1) by Robert Ryan

In the flamboyant Twenties, Englishman William Grover-Williams and Frenchman Robert Benoist were fierce rivals racing their elegant Bugattis on the glittering European race circuits. Not only is the World Championship in their sights, but they have both fallen for the sensuous charms of the extravagantly beautiful Eve Aubicq.

But when war breaks out, everything changes. Paris is in the iron-grip of German occupation and Robert and William join the Special Operations Executive to help the French Resistance undermine the brutal occupying regime. Their missions involve utmost courage and daring in the face of the horrors of war. Based on a true story of British covert activity and the French Resistance during the Second World War, this is a gripping novel of heroism, self-sacrifice, love, and betrayal.

If you are interested in joining us for the discussion and are not on our list, please contact chrismonroe@comcast.net and I will include you in the Zoom link message. Meeting will be held on Zoom January 31st at 7 p.m.